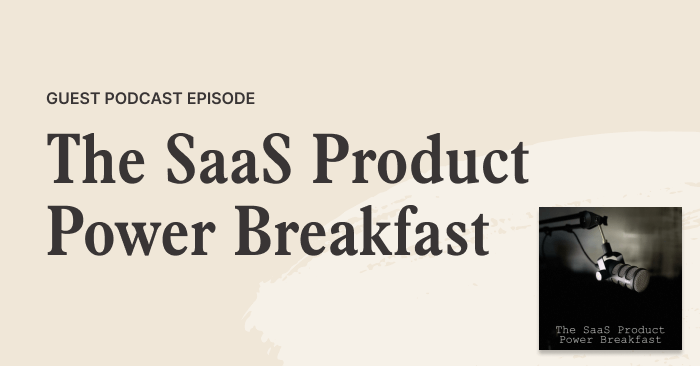 Correlated's CEO and Co-Founder, Tim Geisenheimer, recently spoke on The SaaS Product Power Breakfast with Dave Kellogg and Thomas Otter. Here's some more info and a recording of that session.

Tim is the CEO and Co-Founder of Correlated, the leading product-led revenue platform for sales teams. Correlated recently launched publicly and announced an $8.3 million round of seed funding led by Harrison Metal and NextView Ventures. Prior to founding Correlated, Tim was an early executive team member at two data and analytics startups: Facet and Timescale. Timescale recently raised a $40 million Series B from Redpoint. Earlier in his career he was on the founding team of TapCommerce, a leading marketing tech startup which was acquired by Twitter for a reported $100 million. Tim has led sales, partnerships and go-to-market teams throughout his career and has witnessed the transition to product-led growth as a go-to-market motion firsthand." He also plays a mean game of Poker.

Dave Kellogg and Thomas Otter interview a broad range of product management experts from around the world. They examine what it takes to build great products for the Enterprise.