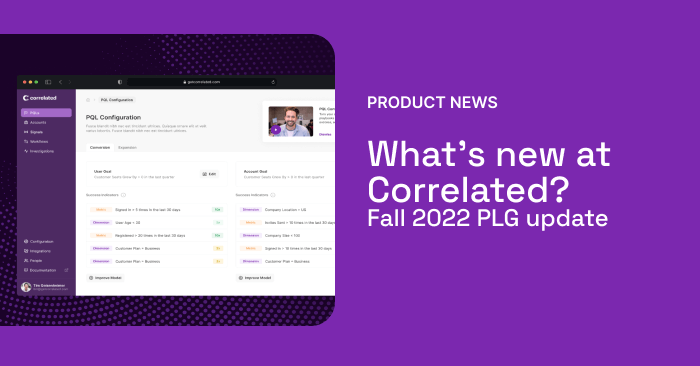 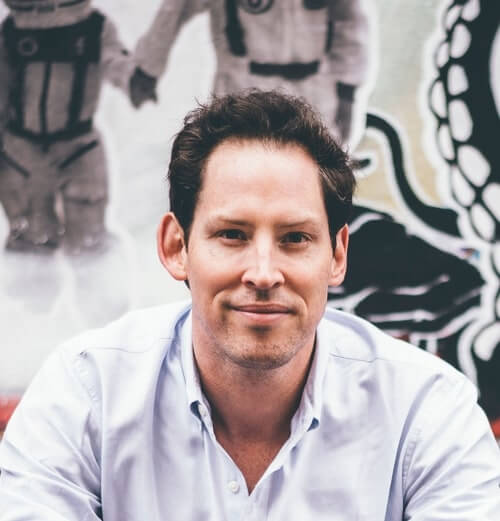 It’s the dog days of summer, but in between enjoying some sunny days, we’ve had a busy September filled with many highly-requested releases here at Correlated! Here’s an overview of some of the features we’ve recently launched.

PQL and PQA Scoring in Beta

With product-qualified lead and account Scoring in Correlated, you’re able to assign outcomes for individual users or accounts and then Correlated automatically suggests the indicators to target that are most…correlated with achieving those outcomes (yes, pun intended). Some examples we’ve seen include:

In addition to surfacing the key indicators, Correlated allows you to easily pull your PQL and PQA scores into your Playbooks.

You’re starting to identify PQLs and PQAs ready for conversion and expansion. Now you need to send them to your SDR/BDR, Sales, CS and AM teams. Correlated already makes it easy to send the right Users and Accounts to popular GTM tools like Slack, Salesforce, Hubspot, Outreach and more.

In September, we added support for additional downstream actions in Salesforce and Hubspot. Let’s break it down.

Many of our customers have hundreds of thousands or even millions of Users and Accounts in their production database but they don’t mirror those records in their CRMs. Often they’ll store that data in tools like Snowflake, BigQuery or Redshift.

Once you start using Correlated to sift through millions of records to find the right Users and Accounts using Scoring, you can now easily create Lead, Contact and Account records in Salesforce.

Correlated also allows you to map custom fields based on those PQL scores you’re building using our Scoring engine.

Now your SDRs and Sales teams can work on the right Contacts and Accounts as soon as they hit PQL and PQA thresholds. We are seeing customers combine Slack DMs to the right salesperson with Contact or Account creation and PQL/PQA Score updates so the salesperson can immediately review the Contact or Account in Salesforce. Check out our Playbook library for more ideas.

We’ve long supported Hubspot as a “Destination”, meaning you could add Contacts to static lists. But we kept hearing from customers that enabling Contact creation was important as well. Now, with our newly released Scoring, you can set up outcomes that map to a conversion or expansion, and then automatically create Contacts in Hubspot. This update better enables your sales team to spend their time on the right Contacts within Hubspot as soon as they hit PQL thresholds that you set in Correlated.

We’re not slowing down!

We have an ambitious set of features coming out in Q4. If you’d like a sneak peak, drop us a line or book time with our team.