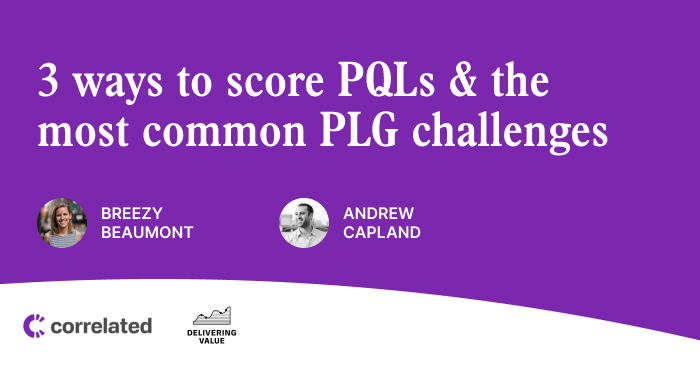 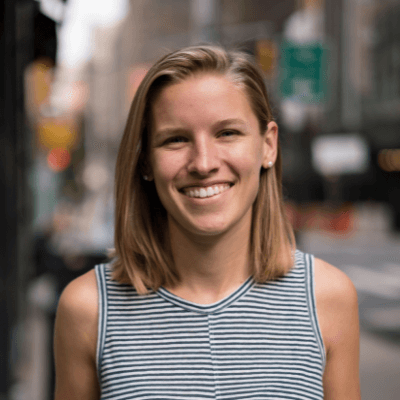 Note: this conversation was originally recorded live and transcribed into this Q&A

Tell me about your role at Wistia

I've worked in SaaS for the last 15 years, with the last 6 years in product-led roles. At Wistia, I started on the marketing team. My job was to get more new free sign ups. It was a freemium acquisition model, super cool. We realized they were driving  ton of traffic but we weren't getting enough free installs from it, so I started doing what is now known as “conversion rate optimization”. It was a lot of A/B testing, collecting data, and iterating.

Over time, we got more installs and decided to take that same approach to a different challenge, new user onboarding. Our goal was to see if we could improve the way that users were adopting the product. And then eventually we ran a similar experimental approach on pricing and packaging. We eventually landed on a new pricing model that worked better for the business. I was learning a ton, making a million mistakes, and having a blast.

What pricing experiments did you run at Wistia?

The legacy pricing was created a long time before I started l. No one was actively looking at it and asking if we could try something different - and would that be more effective? After a few smaller experiments focused on finding the right plan prices and features to include , we learned that we really wanted to focus on driving our upgrade and expansion revenue over time. We wanted to get to a place of net negative revenue churn where people are upgrading and growing over time. We revisited the model to think through not just how much it costs but what should we include on each plan to encourage upgrades.

The hardest part was to dial in the right usage based pricing. Wistia is a video marketing software company, they have a few different plans that come with different features and a set number of videos included. . Our team spent a lot of time  figuring out how many videos should be included and at what price.

What was included in the Wistia free plan?

I think at that point in time, it had 25 videos included. For customers, it was an exceptional free plan. Wistia thought we should get more people using the product. If they tried it, we thought they'd fall in love with it,would stay with us for a long time, and turn into brand advocates.

What are the two most common challenges you see for PLG companies?

Drawing the line between  teams is hard: growth and marketing, between growth and product, and keeping everybody in the loop. That's a very common operational challenge that gets increasingly difficult as you grow.

The more tactical challenge is figuring out how to balance sales with the self-service motion. Some companies have a freemium plan and they just send every install to sales which isn’t the best. Other times they're just lost and they don't even really know how to integrate the two.

What is a Product Qualified Lead (PQL)?

There are three main types of PQLs that most businesses can identify:

Product users that are reaching out to say they want to talk to someone from sales. And by calling it sales, that weeds out all the customer support type of questions.

For example, if there's 100 of X included, when the user gets to a number close to 100, all of the sudden they become a PQL. Usually the next action here is to send notifications in the app, send an email, or notify the sales team.

Let's say there are features that a user can only get on an Enterprise plan. By using time-based trials, companies can allow users to explore areas of the product that would indicate enterprise level activity.

Should companies do free trials or freemium?

There was a time where I was saying to companies, “just pick one, it’s better than not doing either”. But lately the conversation has shifted and people have been exploring both. I've been really interested in the integration of the two: when you have freemium, but then you have a free trial of enterprise features that you can enroll people in. I’m excited to see where the product-led space evolves to.

What’s it like working in Growth at Delivering Value?

I started my business Delivering Value as a side gig as a way to give back to the growth community. I work one-on-one with people in growth roles at early stage companies. Growth is new, it's kinda lonely, and usually those people are  reporting to someone who hasn't done it. It's helpful to have an external mentor to bounce ideas off of. It’s a lot of fun.